Law of Passing off in India

Law of Passing off in India is a tort actionable under common law and mainly used to protect the goodwill attached with the unregistered trademarks. It is founded on the basic tenet of law that one should not benefit from the labour of another.

Passing off is not defined in the act. It is defined in section 27 (2), 134 (1) (c) and Section 135 of Trademarks Act. Section 134 (1) (c) refers to jurisdiction/power of District courts to try the suit and even issue injunction in matter pertaining to Passing off suits. The plaintiff is supposed to establish its case and satisfy the court concerned the irreparable loss/injury caused to them.

Why Passing Off Necessary
The trademark provides protection to registered trademark, in case of any infringement occurring to said trade mark. While law of Passing Off is a remedy available to unregistered trademark. The said remedies are governed by common law and court may pass a judgement in favour of prior user granting permanent injunction against the subsequent user of the trademarkon being satisfied based on facts and circumstances of a particular matter.

Object of Passing Off
The object of law of passing off is to protect some form of property – usually the goodwill of the plaintiff in the business or the goods or the services. The law of passing off provides a remedy against a false representation tending to deceive customers into believing that the goods which the other party is selling or the services which the other party is providing are really the first party’s goods/services.

So, the law of passing off comes into application when the following elements are present:

Elements of Passing Off Action

• Goodwill
The action of passing off lies where there is a real possibility of damage of goodwill to some business or trading activity. Therefore, the plaintiff has to establish a goodwill in his business or his goods or services with which the trade or public will be led to associate the defendant’s activities.Goodwill need not be established in the mind of every member of the relevant public, but in a significant section of it.

• Deceptive Similarity
The pertinent judgements on “what is deceptive similarity” and “what facts need to be considered to opine whether there is a deception in the products and/or service of the parties concerned” are mentioned herein under:

It is very important to be vigilant about your rights as a trader / service provider and must initiate appropriate action against illegitimate users of your identity to save the identity of your business and the money effort and time involved into creating it as law is for them who are aware of their rights and has means to enforce the  same. 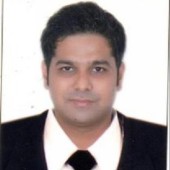 The author is practicing at Supreme court, high courts and other district courts/tribunals. He is well versed with civil, criminal proceedings before different court/forums concerned. He also possesses experience in cases pertaining to passing-off/infringement matters. For any query, he can be reached at kislay@kps.legal.