Arun Jaitley Finance Minister of the country said that the government of India is planning to put in a mechanism which will drastically bring down the current time period taken for trademark registration to maximum of 1 month by 2017. He further added that is the government is trying to find out the best way possible so as to reduce the time to as less as possible.

He further said that in India, we have a robust law for the registration of trade mark which is very effective and it takes a lot of time for the person or firm in getting the registration done. The government is planning to facilitate online applications and bring down the time period to 1 month by the coming year i.e. 2017.” This move by the government of India would reduce the number of applications pending.

The integral number of trademark registration requests and patent applications pending with the government as on February 1st February 2016 5, 44,171 and 2, 37,029 respectively.
Stating about the national IPR policy, the finance minister said that capacity would be built to achieve objectives of the policy.

Further, the finance minister said the government also has to balance the consideration of invertibility with the public health considerations ??? so that cost of medicines for the public does not become prohibited because patent may itself create a monopoly.

On CL (compulsory licensing), FM said so far India has issued CL only for a cancer drug.The government rarely exercises this power, he said.The statement assumes great significance as developed countries like the US, have raised serious concerns over India issuing the CL.

As per norms of the WTO, a CL (compulsory licensing) can be invoked by a government which allows a firm to produce a patented product without the consent of the patent owner in the interest of the public.

As per the Indian Patents Act, a CL can be issued only for a drug if the medicine is deemed unaffordable for the public or among other necessary conditions, and the government has the right to grant permission to the qualified generic drug maker to manufacture it.

The policy is very clear that India shall remain committed to the Declaration by Doha on TRIPS (Trade-Related Aspects of Intellectual Property Rights) Agreement and Public Health.

Setindiabiz is an organized team of experienced CA, CS, & Lawyers, duly supported by a pool of trained accountants & paralegal staff that provides quality & affordable compliance services to startups & small businesses in India. The views, statements and recommendations expressed in this article or post are only for the sole objective of providing information, and it does not constitute professional advice or recommendation of the company. Neither the author nor the company or its affiliates accepts any liability for any loss or damage arising from any information in this article or any actions taken in reliance thereon. 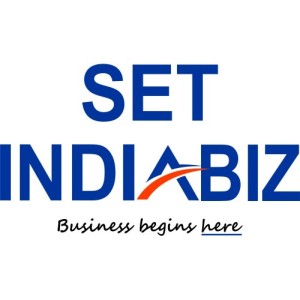 Our team of content creators and editors has written or edited this blog/article. The work herein is not attributed to a single person as we always do teamwork in setindiabiz. Your feedback or comments in the section below are welcome; mail at help@setindiabiz.com.
All Posts »
PrevPreviousLabour Reform : Government Contemplates on Giving Legal Backing to Contract Workers
NextTrademark Infringement KENT vs KENTECHNext