The loan is of two categories, one which is not secured and another which is granted by banks or financial institutions against a security, when a company borrows loan by mortgaging the assets then it is called a charge on the assets of the company. Every charge so created need to be registered with the registrar of the companies office by filing Form CHG-1 within 30 days of the date of creation of charge. This intimation is necessary for terms of section 77 of the Act. Similarly, the company is also required to intimate the ROC upon satisfaction of the charge once it is paid in full by the company. Satisfaction of Charge and Filing of Form CHG-4 by a Company

The satisfaction of charge needs to be intimated to the ROC within 30 days of full satisfaction of charge. The filing of intimation is done in Form Number CHG-4 with ordinary filing fee based on the authorised capital of the company. However by virtue of proviso of Section 82(1) the intimation can be filed beyond 30 days with an additional fee if filed within 300 days of the date of satisfaction. Section 86 provides for penal consequences for default which may result in heavy fine or imprisonment. Satisfaction of Charge and Filing of Form CHG-4 by a Company

The intimation is to be given within 30 days of satisfaction, the satisfaction is the date of complete payment of debt towards which the charge on assets of the company was created. The charge satisfaction document must specifically contain Amount Secured and the Date of Complete Satisfaction. Satisfaction of Charge and Filing of Form CHG-4 by a Company

The form CHG-4 Shall be prepared and signed by anyone authorised director then it needs to be further digitally signed by the charge holder bank or FI, We shall Pan Number and Email id of the Banker so that same if filled before directors signature is affixed with the form

In case charge satisfaction is not filed within 300 days then the only option with the company is to move a compounding application before the regional director of the ministry of corporate affairs or any other office as may be authorised in due course of time by MCA. Satisfaction of Charge and Filing of Form CHG-4 by a Company

The filing fee for Form CHG-4 before the ROC is as under, Please refer to The Companies (Registration Offices and Fees) Rules 2014 to learn about current government filing fee

As stated earlier the intimation to the ROC must be filed within 30 days, however in case it could not be done within the prescribed time, it can still be filed with 300 days with following the additional fee

For the defaults on non-filing of the intimation of the satisfaction of charge up to 300 days is a punishable offense under section 86 of The Companies Act, 2013. Both  the company as well as every officer of the company is liable as under 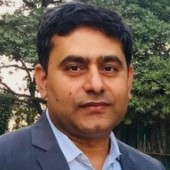